A total of 1, 800 peopleーincluding OYW ambassadors and the world’s leading entrepreneurs, politicians, and celebritiesーfrom over 190 countries participated in the summit, which was held in a hybrid format as a result of the ongoing pandemic.

Mr. TSUYAMA and Ms. DEGUCHI participated in various sessions, workshops, and networking events during the 4-day summit, engaging in lively discussions tackling different social issues and their possible solutionsーincluding goals for sustainable development in the “new normal” emerging in the with-corona and post-corona world, and next generation leadership goals and practices.

Next year, the summit is scheduled to be held in Tokyo in late May. 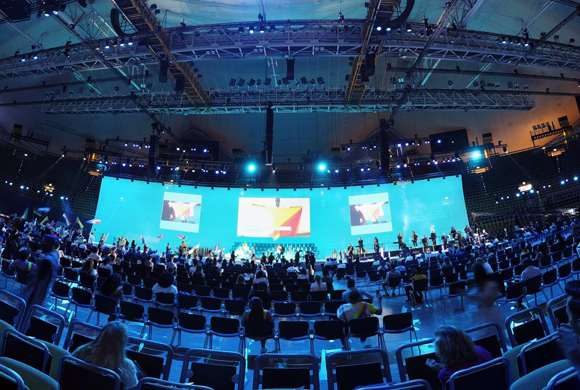 Ms. DEGUCHI during her online participation in a workshop on LGBTQI+ rights (top middle: photo by Ms. DEGUCHI)

Mr. TSUYAMA participating online in a workshop on sustainability and innovation (second from top: photo by Mr. TSUYAMA) 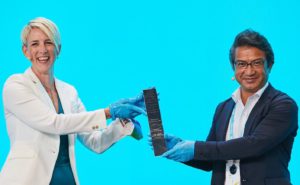 Ms. HABENSCHADEN handed over the baton to Mr. OKUBO for the 2022 Tokyo Summit (from One Young World Facebook).
BACK TO LIST