Ms. Wakana Abe, a senior in the Faculty of Letters and Ms. Hiromi Ouchida, a senior in the Matching Program (MP) Course attended the One Young World (OYW) 2018, which was held in The Hague, the Netherlands from October 17 to 20, as Japanese delegation members. As an official OYW partner, Okayama University has sent its two student representatives and Vice President for Global Engagement Strategy, Mr. Atsufumi Yokoi as an observer for four consecutive years since the youth summit held in Bangkok, Thailand in 2015 (followed by OYW 2016 in Ottawa, Canada and OYW 2017 in Bogotá, Colombia, South America).

During the summit, Ms. Abe and Ms. Ouchida participated in various events, including plenary sessions, workshops and networking events, and discussed various topics within the framework of the UN Sustainable Development Goals, including climate change, war and peace, education, human rights, leadership and global business. At plenary sessions, they listened to speeches by Nobel Peace Prize laureate Dr. Muhammad Yunus, Unilever CEO Dr. Paul Polman, and world leaders and representatives from various countries. They also learned about the latest global industry-academia-government collaboration initiatives. For example, they learned about Lead 2030, a program designed to support activities and projects of young people helping to achieve SDGs with collaboration of the United Nations, the world youth summit One Young World and world-leading companies through a presentation by Ms. Jayathma Wickramanayake, the UN Secretary-General’s Envoy on Youth, who leads the Young Leaders Initiative, an effort to achieve SDGs.

An opening ceremony was held at Peace Palace 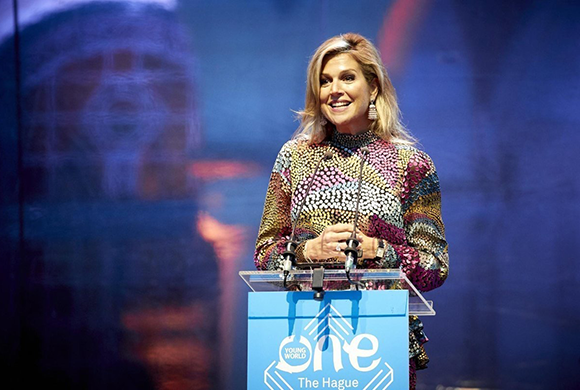 Opening speech by Queen Maxima of The Netherlands 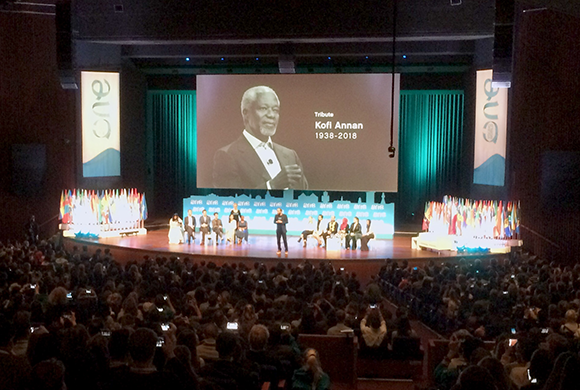 A scene of the venue 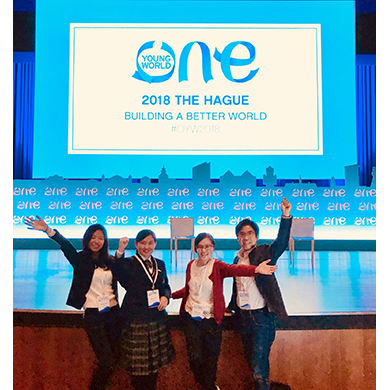